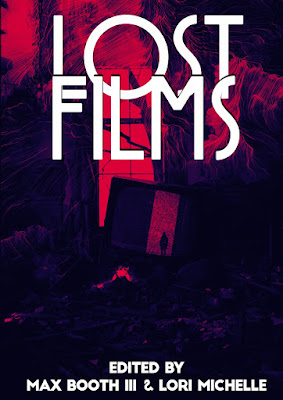 Order a copy of the LOST FILMS horror anthology from Perpetual Motion Machine to read my Simpsons-creepwave story "This Cosmic Atrocity." The collection includes stories by several amazing authors like Betty Rocksteady, Brian Evenson, Kelby Losack, and Gemma Files, as well as disturbing art by George Catronis and Luke Spooner.

Here's a review of LOST SIGNALS at Signal Horizon containing praise for "This Cosmic Atrocity."

"The absolute standout of the collection, in my opinion, is 'This Cosmic Atrocity' by Andrew Novak.  The title is heavy, but the story focuses on a lost episode of The Simpsons.  Sounds a bit silly, right?  Novak uses that silliness and the ubiquity of The Simpsons in pop culture to secrete this truly frightening story right under your skin and past your defenses.  Earlier I wrote that anthologies like this let authors swing for the fences and here Novak really does.  I hesitate to divulge any more about this particular story for fear of spoiling its power..."

Noir at the Bar in Baltimore 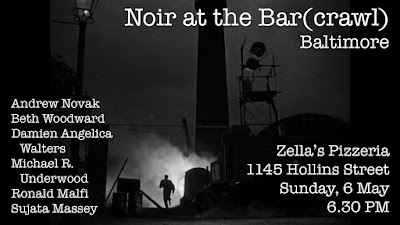 So I'll be reading tonight in Baltimore for Noir at the Bar. The author lineup is amazing, and there will be pizza.

I feel like you're stretching for a reason not to go.

Posted by Unknown at 6:28 AM No comments: 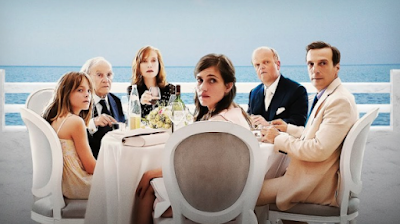 See some Michael Haneke films and feel even worse about the world. My recommendations are up at CLASH.
Posted by Unknown at 9:24 AM No comments:

2017 was mostly terrible, but as far as books go, it was actually pretty great. Here are eleven favorites among the ones I read this year. I've listed eleven because I hate even numbers.

NOTE: All of these books were released during 2017, with the exception of a few that were right on the line and published at the tail end of 2016.


11. Imagine Wanting Only This by Kristen Radtke 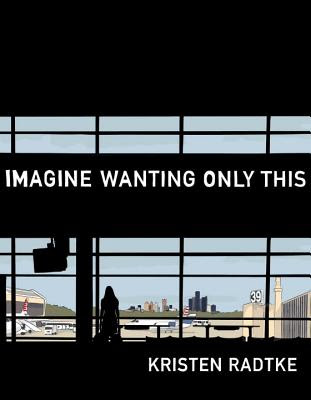 The title and cover of this graphic novel immediately caught my attention. They signaled something melancholy and bleak. In Imagine Wanting Only This, Kristen Radtke takes readers on an autobiographical journey that starts with the death of a beloved uncle. From there she develops a strange fascination with ruins—ancient, contemporary, etc. Her obsession takes her from Gary, Indiana, to Iceland to Angkor Wat and several other interesting locations as she tries to process what it means to exist and die on this miserable-magical planet. While Radtke sometimes comes off as grotesquely privileged (jet-setting around the world to heal emotional wounds and quench intellectual curiosities), the author ultimately serves up a work that, in my opinion, well overpowers the issue with its emotional and conceptual content. 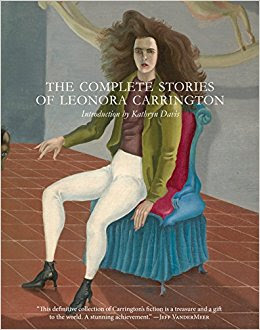 Known foremost as a surrealist painter, Leonora Carrington also authored many bizarre stories that long predated the unbridled weirdness of Tim and Eric and the dark absurdity of MP Johnson. In 2017, the Dorothy Project unveiled this amazing collection of Carrington's oft-overlooked fiction. The book opens with a story about a young girl convincing her hyena-friend (from the zoo, of course) to attend a debutante ball in her place. Hilarity and violence ensue. Keep in mind: Carrington was writing these fantastic tales between the 1930s and 1980s. Totally mind-blowing.

9. Charges (The Supplicants) by  Elfriede Jelinek 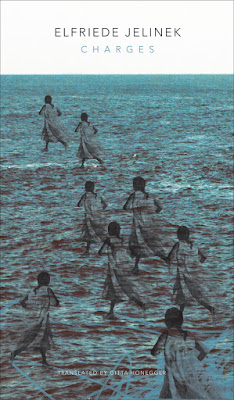 As a big fan of Jelinek's novel The Piano Teacher, I was eager to read her latest work Charges (The Supplicants), a grim rumination on the lives of refugees fleeing to Europe. While the book is ultimately a work of fiction (well-researched and realistic as it may be), it is nothing short of heartrending. Jelinek relays experiences and perspectives of those fleeing some of the most extreme violence and poverty on the planet (only to be demonized, turned away, maimed, and even killed by societies across the European continent). What's also striking about this work is the ambitious narration, which is essentially a first-person "chorus" of refugee voices that alternate and cycle from one to the next without clear demarcation. Honestly, I've never read anything like it. For as challenging as the book's style can be, it's ultimately very interesting and, more importantly, effective. The book is artistically bold as it is empathetic. 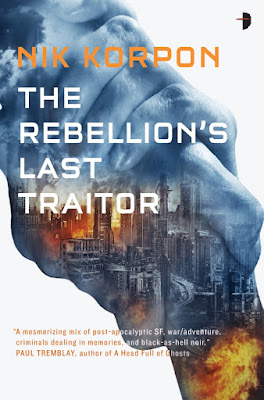 This is essential reading for the Trump Era. The Rebellion's Last Traitor is a story of tyranny, dystopian squalor, environmental degradation, and—ultimately—resistance. In the book's fictional reality, Korpon seamlessly blends science fiction with political intrigue, suspense, and compelling drama. His meticulous world-building pairs perfectly with his myriad imaginative and disturbing speculative concepts. I see people on Amazon comparing this novel to JG Ballard's works, which seems pretty apt in the best possible way. Not at all derivative, just that good.


7. Our Dead World by Liliana Colanzi 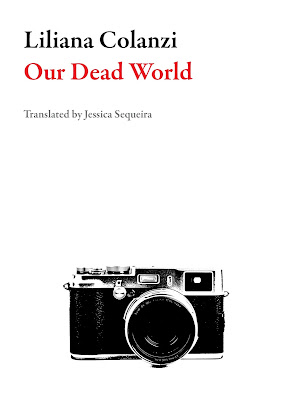 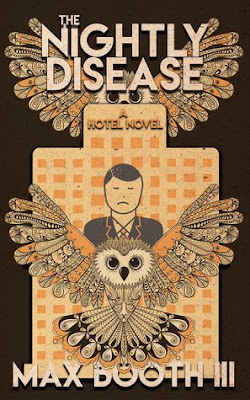 This is magnum opus material from the contemporary master of transgressive horror. Per usual with Booth's writing, this novel offers loads of terror, irreverence, and scatological antics—all in roughly equal measure. The protagonist, Isaac, is a hotel night auditor and semi-public masturbator whose grinding worklife takes a turn for the surreal. Violence and a creepy "parliament of owls" become the new normal for the loathsome-lovable antihero as he deals with dirtbag hotel guests and navigates the possibility of romance with a homeless bulimic woman.

5. A Tunnel to Another Place by Apolo Cacho 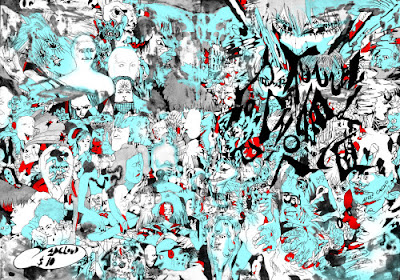 Holy shit. What an amazing graphic...zine? Story? I picked this one up on a whim at a small press expo. I knew nothing of Apolo Cacho or this zine before I shelled out ten dollars to own it. I just really liked the cover art, which struck me as uniquely hallucinatory and sinister. Story-wise, A Tunnel to Another Place is full of fleeting scenes of absurdist mayhem that play with topics like the drudgery of worklife, the horrors of modern capitalism, and humanoid cacti. All in all, Tunnel to Another place is a completely mind-bending and nightmarish experience. It's perfect for fans of Person 918, Gary J. Shipley, and Hieronymus Bosch.
4. Gravity by Michael Kazepis 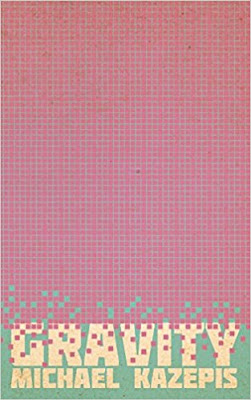 Gravity is exactly how a story collection should be done: slim and grim with slick cover art and sharp interior aesthetics. Most importantly, the writing is spare and brilliant. I enjoyed every story in the collection, but my favorite was an unnerving and surreal Giallo-crime piece titled "Minerva." The ultraviolent "A Song for Our Fathers" also struck a chord, especially for offering a fresh, minimalist take on the dystopian genre.

3. Into the Ocean by Stanton McCaffery 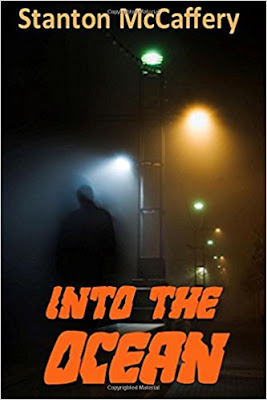 Full disclosure: Stanton is my friend. Yeah, go call the cops. Really though, I wouldn't have included Into the Ocean on this list if it didn't deserve to be here. It's awesome. It's a Jersey-based story of down-and-out desperation and brutality. Lots of complex, troubled characters: a violent fixer seeking redemption, corrupt cops, junkies, emotionally-devastated families. Rock-solid social commentaries and insights too. Into the Ocean is bleak as hell, but packed with loads of heart and authenticity. I double-recommend it to fans of George V. Higgins novels and The Wire.

2. Cartoons in the Suicide Forest by Leza Cantoral 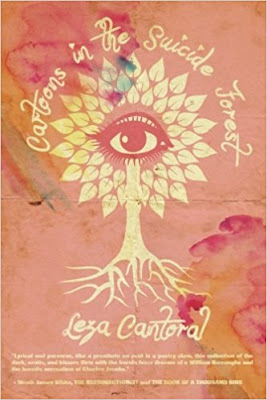 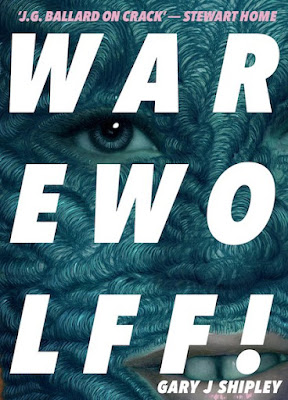 As always, Gary J. Shipley is taking big risks and rearranging the concept of literature at the molecular level. He never looks back while doing so—not even for a second. For as much as I appreciate most of Shipley's boundary-ripping work (especially Dreams of Amputation), Warewolff! marks an entirely new form of warped iconoclasm. Here's the core concept: Some unnamed terrible thing has befallen life on Earth (imagine a mysterious slow-motion atrocity of global proportions); Warewolff! is an archive-in-vignettes of the event's impact on the planet and its inhabitants. Shipley writes in the "Prologue/Prodrome" section of the book: "It’s an attempt to see something while having access only to its effects." Dogs devouring each other whole. Pornstar worship. Mind-altering astral phenomena. Horrific and confounding violence. So horrific. So  confounding. So violent. So unique and amazing. All of it. 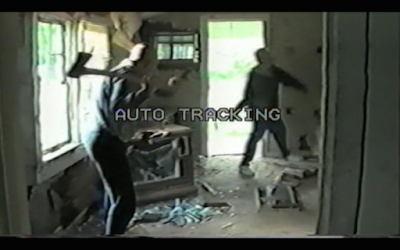 I wrote about one of my favorite films for CLASH Media. Harmony Korine's Trash Humpers is a masterpiece. They don't make movies like this anymore. In fact, they never did.
Posted by Unknown at 6:33 AM No comments: 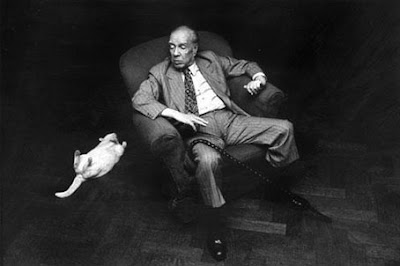 Three of my poems are live over at Philosophical Idiot (one of my favorite poetry sites). Please check them out. Please. I'm begging you.

Posted by Unknown at 8:57 AM No comments:

I couldn't be more excited to see my story "Eyes Bright Dead" live over at FLULAND. It's one of the absolute best lit sites around. Seriously, check out FLULAND even if you don't read my story.

But uhhhhhh please read my story.

Posted by Unknown at 9:26 AM No comments: